Is it possible to make this work in CafeTran Espresso too?

1 person has this question
9 CommentsSorted by Oldest First
e

It would enable key sequences like ALT+V, w, 6 to quickly toggle layouts, etc.: 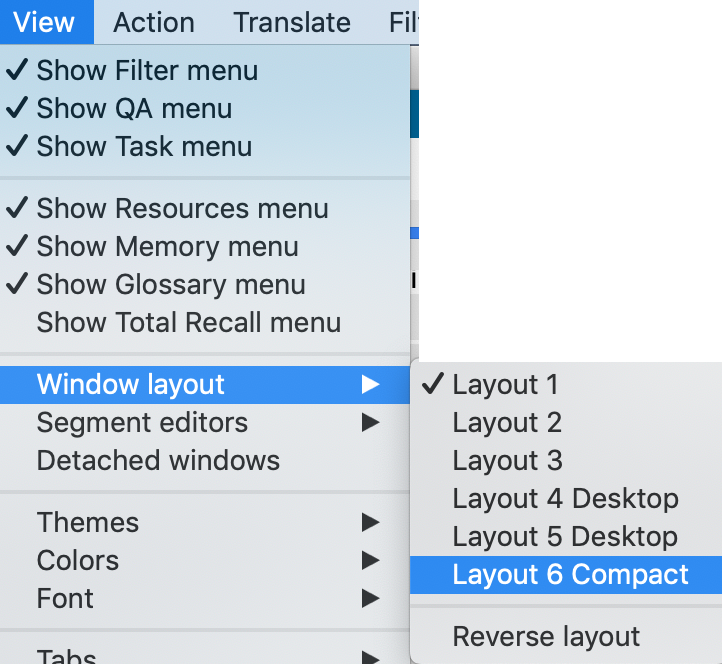 With AutoHotkey/AutoKey this could be further optimised to one keyboard shortcut.

Such possible implementation would lead to unpredictable conflicts.

2. ALT key combinations (both right and left ALT on Mac) are often used for typing diacritical marks or other supplementary characters in numerous languages.

I think that after the initial period of learning to use the frequent menu actions and their corresponding keyboard shortcuts, accessing the menu is a rare operation and may be done with the mouse.

So how about a simple key command, whichever, to enter the menus to be able to continue with the  arrow keys? It is all about aching or aching less due to excessive mouse use ...

Isn't there such a keyboard shortcut for Linux Mint?

> So how about a simple key command, whichever, to enter the menus to be able to continue with the  arrow keys?

Yes, this works in Mint too, thanks a lot!

Not very complicated, but a lot of work.

Something like this should be possible with AutoKey on Linux Mint, too.