Studio's comments as an alternative for tracked changes?

started a topic almost 4 years ago

Now that CafeTran supports segment comments in Studio projects, you may want to use these comments as an alternative for the tracked changes that are commonly used to process changes made by a reviewer.

Of course, this depends on the willingness of the reviewer to enter her suggested changes as comments rather than via tracked changes ... 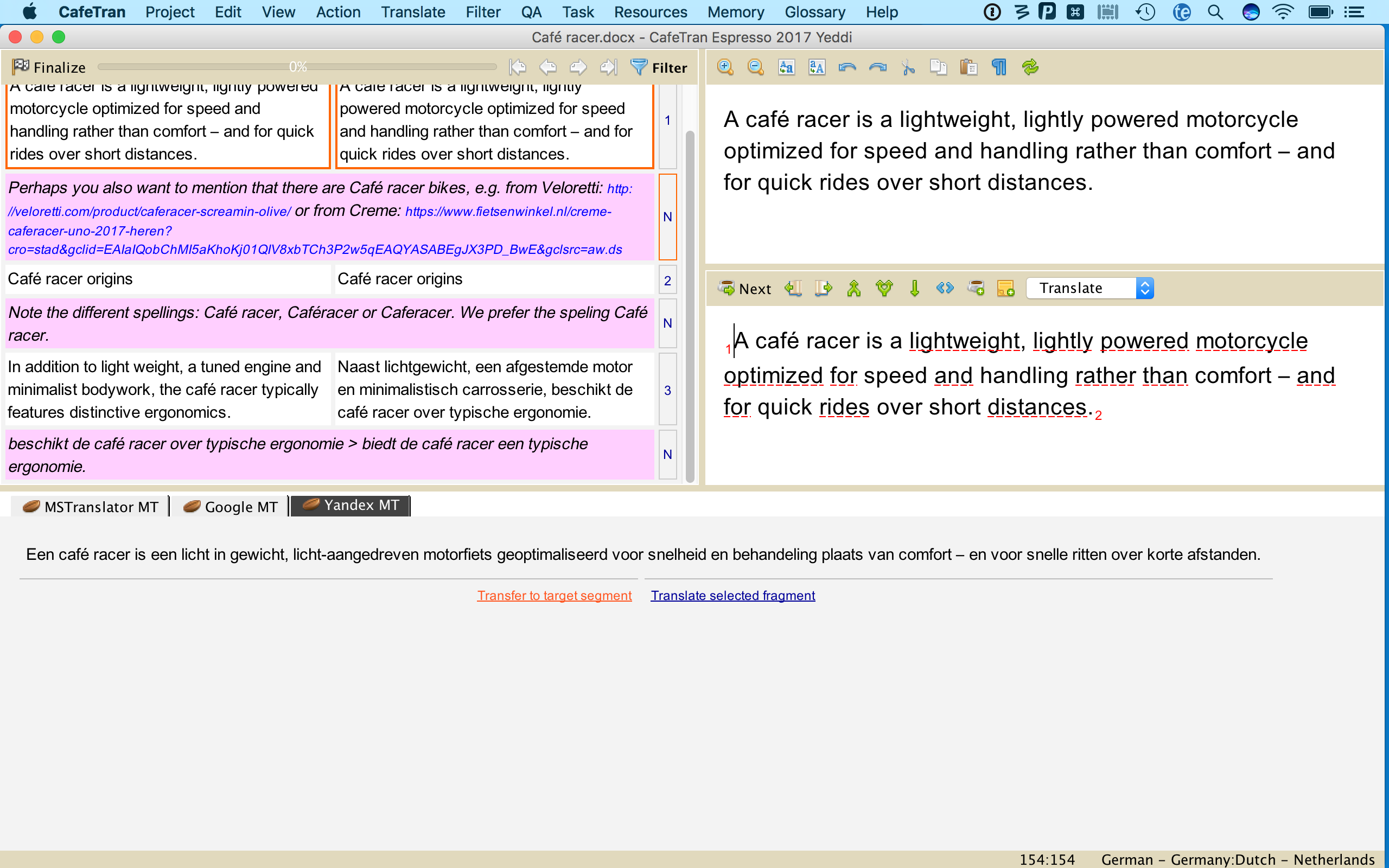 The third one gives an example of a correction made by the reviewer. She could also have copied the whole segment and made her modifications. In that case you could simply copy the content of the note (comment) to the target segment edit box.

For alternative segment translations (yellow?), it's possible to let these replace the target segment content. How about offering this feature too for notes?

I don't know which build it is going to appear in. Really! The priorities are CT features. When I have still some caffeine left, the features of other tools may get some more attention. :)

So, will the next build bring any good news in this regard?

You can submit a ticket with a sdlxliff file containing tracked changes. I will take a look and see it those changes might be displayed in CT grid.

Login to post a comment
More topics in Interoperability with Other Tools (SDL, MemoQ, Wordfast, etc.)
See all 90 topics