The term developed among British motorcycle enthusiasts of the early 1960s, specifically the Rocker or "Ton-Up Boys" subculture, where the bikes were used for short, quick rides between cafés – in other words, drinking establishments.[4][3][5][6]

Writing in 2005, motorcycle journalist Peter Egan suggested the genesis of the term to the 1960s.[7] In 1973, American freelance writer Wallace Wyss, contributing to Popular Mechanics magazine, wrote that the term café racer was originally used derogatorily in Europe to describe a "motorcyclist who played at being an Isle of Man road racer" and was, in fact, "someone who owned a racy machine but merely parked it near his table at the local outdoor cafe."[8]

In 2014, journalist Ben Stewart described the café racer as a "look made popular when European kids stripped down their small-displacement bikes to zip from one café hangout to another."[9] 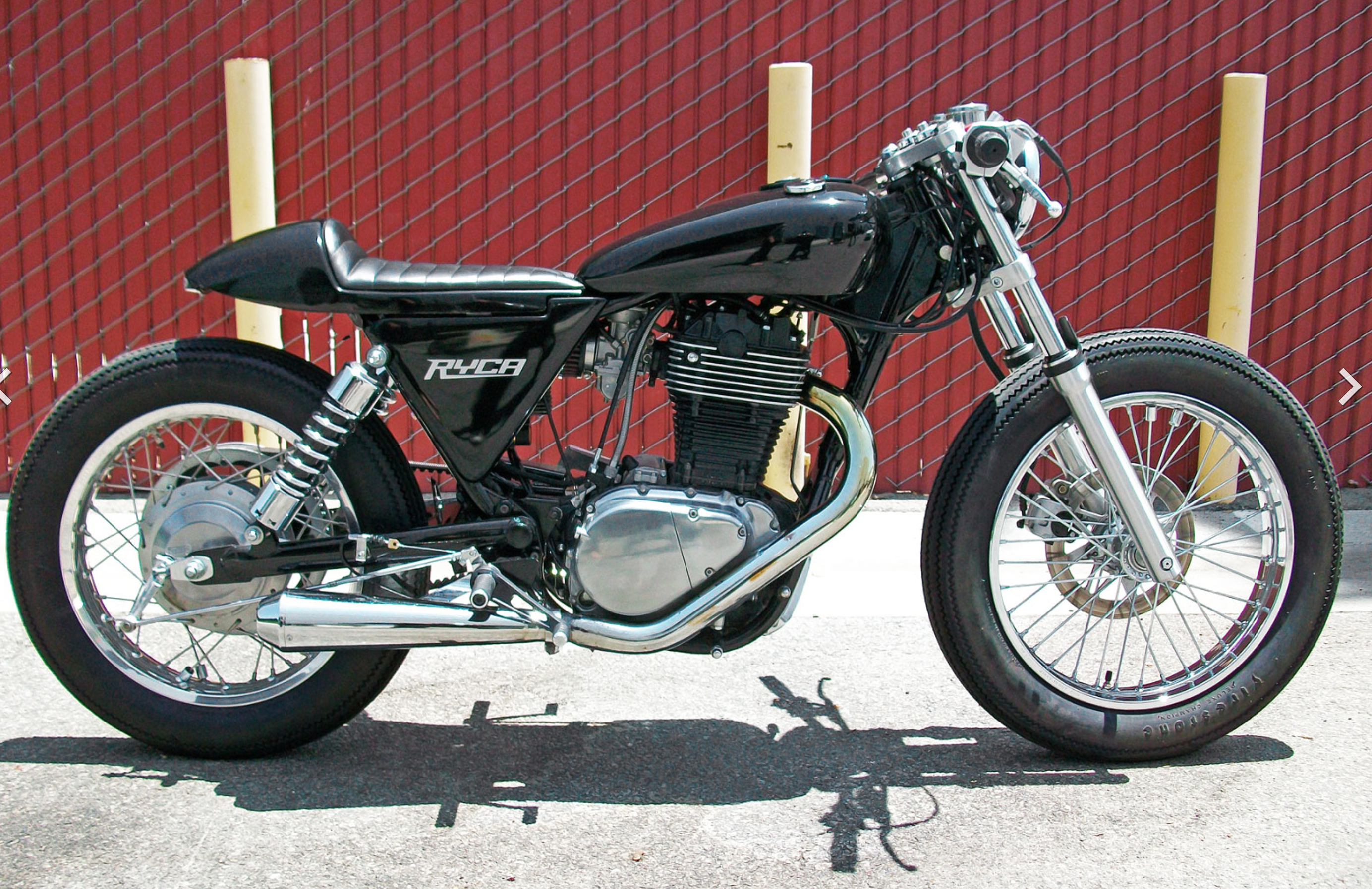 This one I saw in a local shop today:

I'm considering this model, with special transfers 'cafetranracer 50' instead of 'caferacer 50': 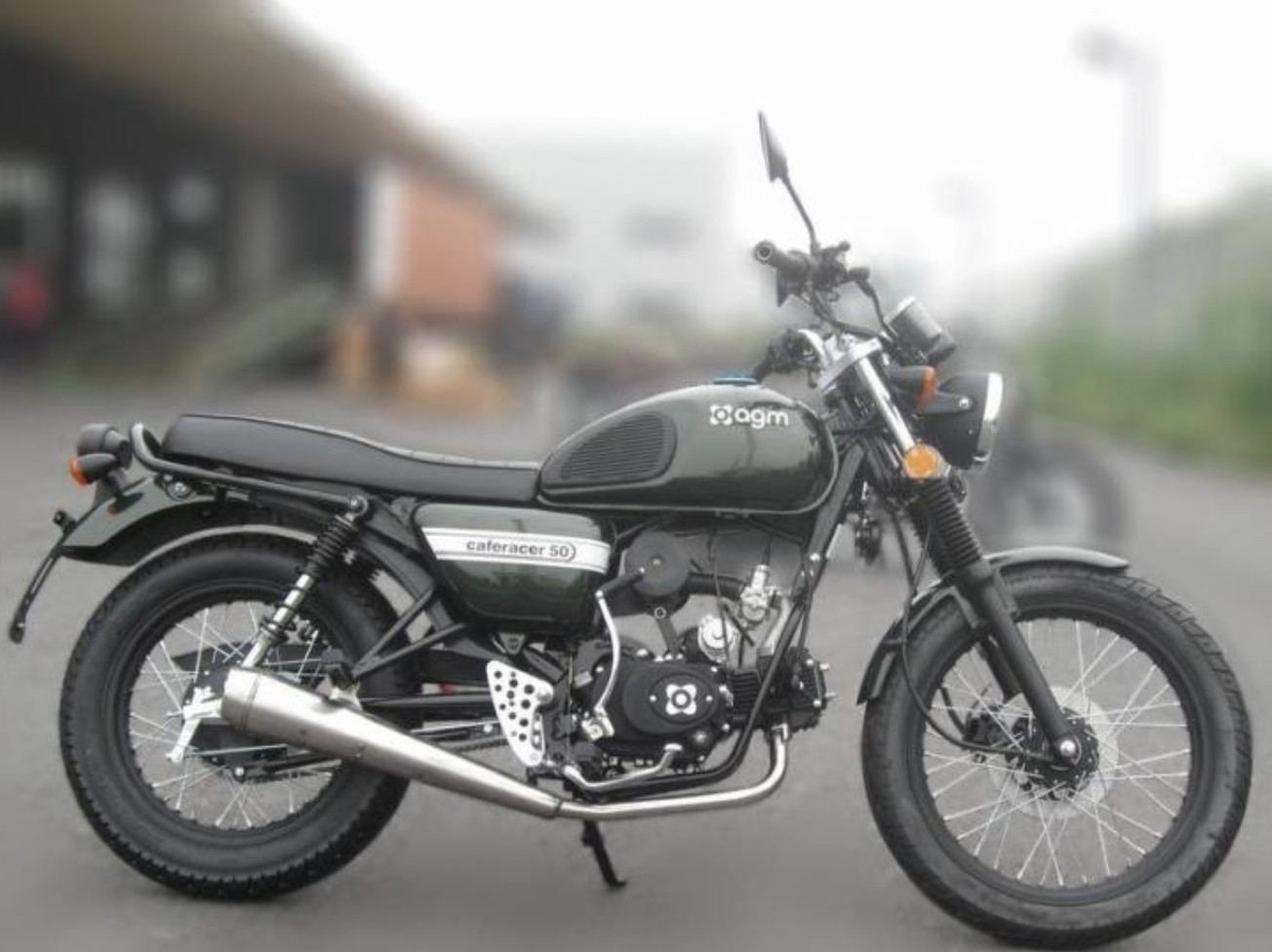