started a topic over 6 years ago

Normally, words separated by punctuation characters like the forward slash and the pointy brackets aren't recognised by the glossary.

In this video you will learn how you can teach CafeTran to "ignore" these characters while recognising glossary terms.

The effect of the two different approaches is different:

However, it will be ignored when comparing matches from the memory. This means that two segments that only differ in the presence of the added character, will be treated as exact matches. Nevertheless, a warning in red will be displayed above such a match, indicating the different source: 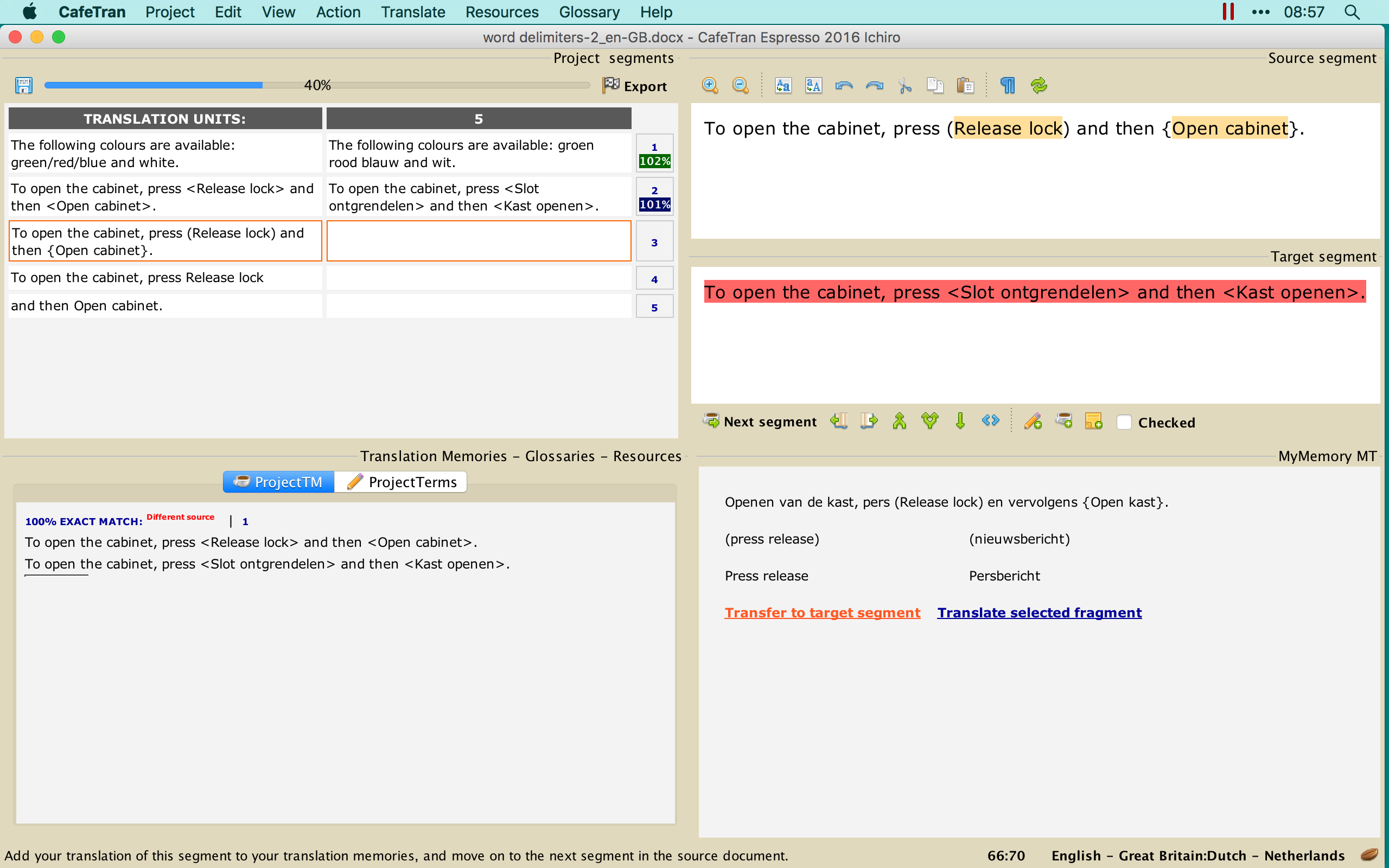 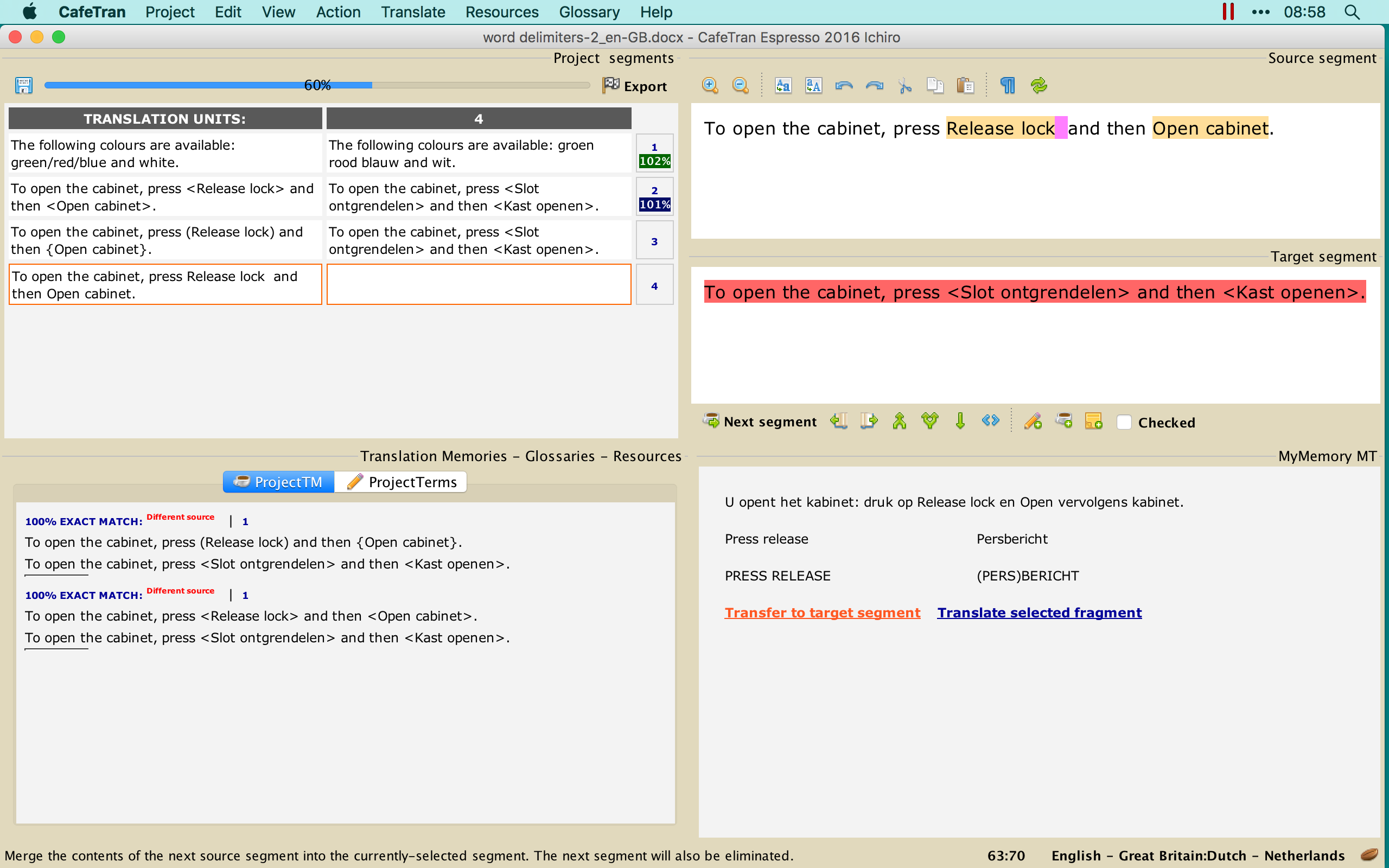