Brother Michael: where art thou?

started a topic about 4 years ago

It's a pity that Michael's using Felix in MS Word currently, as his main CAT tool.

I really mis his inspiration and my useful ideas!

>and my useful ideas!

and many useful ideas!

Thanks Hans, but don't despair too soon. I might be back, with a number of ideas regarding the old clipboard workflow, at some point. Too busy working on my Word-based workflow at the moment, which I really suggest anyone try who is translating texts that need to flow nicely and where they need to move things around a lot more than is practical in a grid-based CAT tool.

Yeh, so it's not fit for this software manual, with lists, tables, and snippets. Many reps, though. So CafeTran's the ideal tool for this one.

Looking forward to a Felix video, when Juniper's grown up.

But then again, I guess you've more common words in your text, that are being recognised by Dragon. Whereas I'm adding glossary entries like mad (like Mad Max, Lee's younger brotha), creating appropriate Dutch equivalents of phantasiereiche German Wortgebilde.

And I don't think that any AI will be able to do so.

So, Masato, it's a difficult question you posed: https://cafetran.freshdesk.com/support/discussions/topics/6000032947

Okay, back to work. 853 words to go to reach the psychological limit of 20,000 and I can go running. Yep, I always try to beat myself by setting daily borders. A little weird, perhaps, but hey, it works for me. Chacun son ragout! 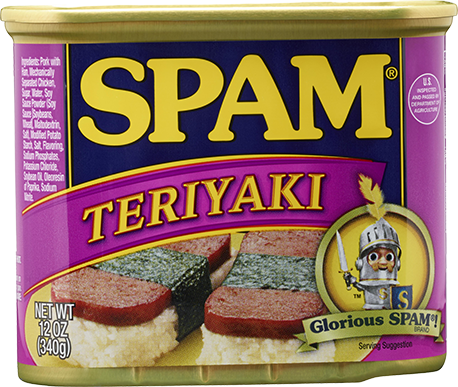 BTW: Michael, I really like it that though we (currently) have completely different workflows and insights, we still can chat in a respectful way and with a friendly tone. How refreshing. Chapeau de veau. 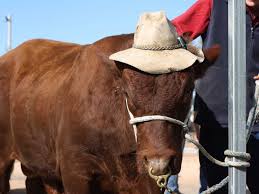 said about 4 years ago
Hi,

I haven't used Felix. Does it look and work like WF Classic? I personally like the text view of WFP 3 (but, the appearance only ;)

As long as the layout is concerned, "Grid + in-line target editor" is perfect for me.

The main difference between Felix and all other Word-based CAT tools is that Felix does not add anything to your text in the form of hidden text or codes. You just select some text, and press the shortcut, and that is how you segment your text. You then type your translation over the source, and press another shortcut, to save the src/trgt pair to your translation memory.

This system has various advantages:

(1) since there is no hidden text or tags in your document, you don't have to worry about cleaning the document at the end, which always filled me with dread back in the day when I still used Trados Workbench.

(2) segmentation is extremely flexible. Of course, CAT tools commonly allow you to join and split segments, but in Felix this is much more flexible: all you have to do to create a segment is select a portion of text. If you want to change this segmentation, just select a different portion of text. This can be extremely useful for translating non-technical documents, where you might not want to follow the paragraphing of the source, e.g., or you wish to move things around a lot more than is easily done in a grid-based CAT tool.

I initially started using Felix only for marketing/creative texts, but am currently using it for all kinds of things, such as contracts, legal documents, technical, etc. In my free time, I am currently puzzling over how CafeTran's old ‘Clipboard Workflow’ (I'd say consult the wiki, but that is no longer possible;) could be changed/updated to mimic what I am able to do in Felix.

OK, back to work!

said about 4 years ago
You can select any part of the text as TU? But what if you don't make any selection ? Will it take the next sentence? And how about making a modification to an already translated part, when you want to update the TM ? Say you have selected five sentences and translated them in one run, so they would qualify as one TU ? Do you have to select exactly the same five sentences to modify one of them? If so: how exactly do you recall which five sentences you united into one TU at first run? After all, there aren't any bookmarks or so.

Yes, you can select any part of the text.

If you don't make any selection, Felix automatically tries to select the next sentence, using segmentation rules (which can be edited easily on-the-fly).

To make a modification to an already translated part, switch to "Review Mode". Once in Review Mode, any selections will search for your previous translations in your TM. You can then edit it and send it to the TM.

Yes, if you selected five sentences and translated them in one run, they would qualify as one TU. If you want to edit these 5, you would indeed switch to Review Mode and select the 5 translated sentences. You'd have to recall which five sentences you united into one TU yourself, as there is no facility for this. However, this has never happened to me, and I don't think it ever will. You could also do a quick search of your TM to identify exactly what you selected.

said about 4 years ago
So far, so good. Didn't watch the video again. But from what I remember: the actual translation phase takes place in a Felix pane and not in Word's GUI? That would be a disadvantage for me.
H

said about 4 years ago
The Camtasia Studio video content presented here requires JavaScript to be enabled and the latest version of the Macromedia Flash Player. If you are you using a browser with JavaScript disabled please enable it now. Otherwise, please update your ver
H

Okay, I've watched it now on my iMac.

What I find fascinating, is that Felix doesn't keep any visible selection open during the translation of a segment: it just looks like any other text in the Word document.

But how on earth can Felix keep track of the last five sentences that you've just translated? After all, there's no selection visible and probably no bookmarks either. How does it know that it has to select the 5 sentences at the left-hand side of the text cursor and send these as one TU to the memory?

You said: "But how on earth can Felix keep track of the last five sentences that you've just translated? After all, there's no selection visible and probably no bookmarks either. How does it know that it has to select the 5 sentences at the left-hand side of the text cursor and send these as one TU to the memory?"

I'm not sure I understand your question. Are you referring to working in Review Mode (in the above quote)?

Felix’s ability to automatically select the next sentence (i.e. the sentence to the right of the cursor, not to the left) is designed to be used in Translation Mode:

– it automatically selects the next sentence if you press the special shortcut,

– you translate what was selected,

– you send this to the memory,

– Felix then automatically selects the next sentence, etc.

This is the basic translation workflow, using Felix's automatic next-sentence-selection feature*. However, you can also translate by selecting each next sentence manually. That is, there are two ways to forwards when translating: (1) using the automatic next-sentence-selection shortcut, and (2) by manually selecting each next sentence you wish to designate as a sentence (a single TU).

* Felix's "automatic next-sentence-selection" feature is similar to the (very handy!) MS Word shortcuts "SentRightExtend" and "SentLeftExtend", with the added bonus that it takes into account Felix’s segmentation rules. See: http://www.howtogeek.com/210108/how-to-quickly-select-an-entire-sentence-at-a-time-in-word-2013/