started a topic almost 5 years ago

For example, you have the following entries (and their translations) in your resources:

You have this source sentence:

My request is that CT be able to auto-assemble the following result.

said almost 5 years ago
I'm satisfied very much with the current version of CT, except for very minor ones (that do not fit my personal preferences).

I now feel that this feature is gonna be the last major request from me.

I once read somewhere on this forum a posting by Igor that his goal is an AI translation engine based on the user's resources. I really respect him.

To the best of my knowledge, a very important step toward this goal is this "subsegment pattern matching" or multi-layered (multi-step reflexive) machine translation. And it seems that the latest MT technology is shifting from word-based to phrase-based. 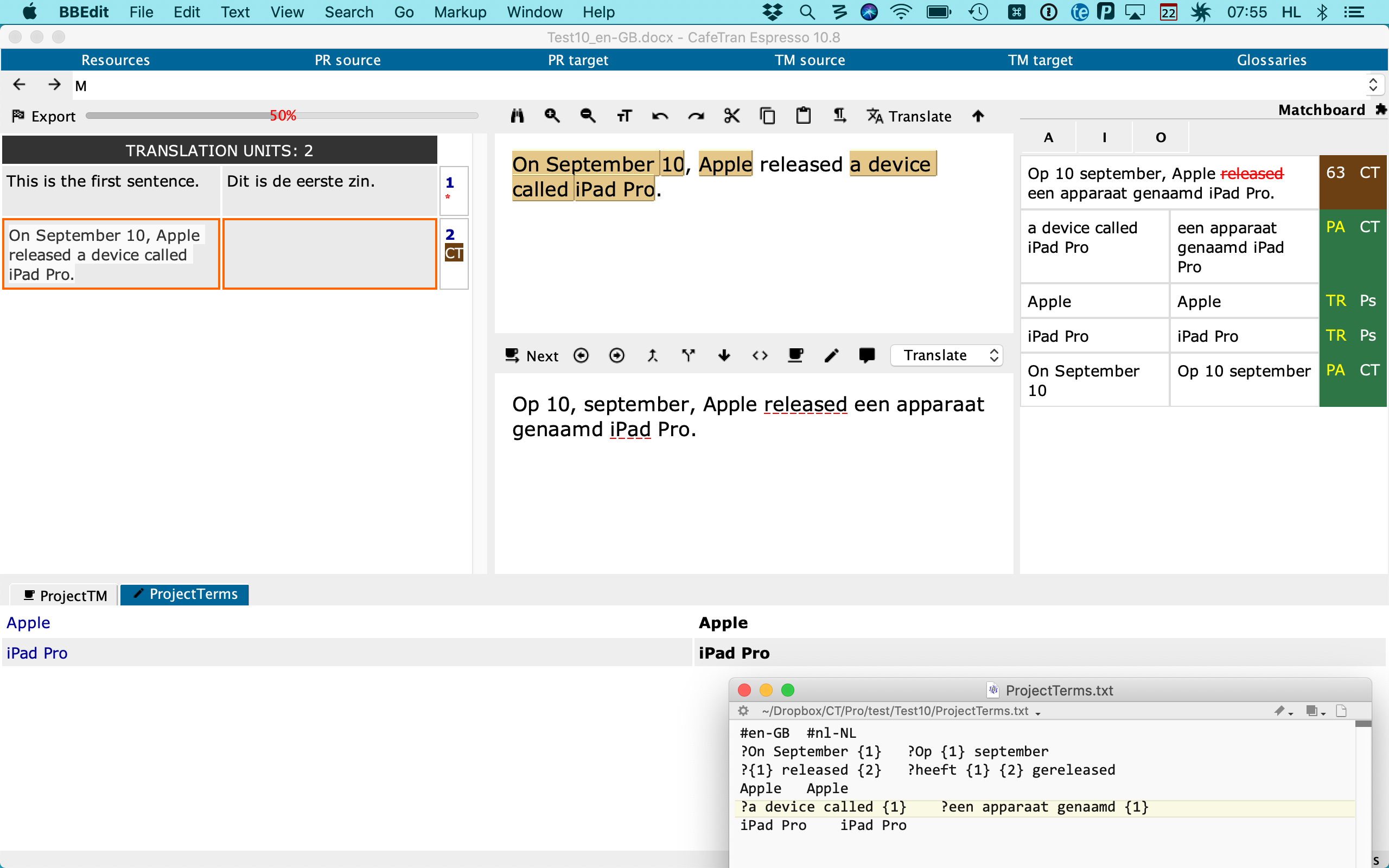 said about 1 month ago
As you can see, the nesting isn’t multi-level.
I

It can be made multi-level too. As the feature has the dynamic character, probably the nested patterns need to be matched earlier to be appear in the top level patterns. To be added in a future update.

Perhaps it's also possible to introduce a means to limit a wildcard (variable) to a few values, like 'die' and 'der' (, 'das'): 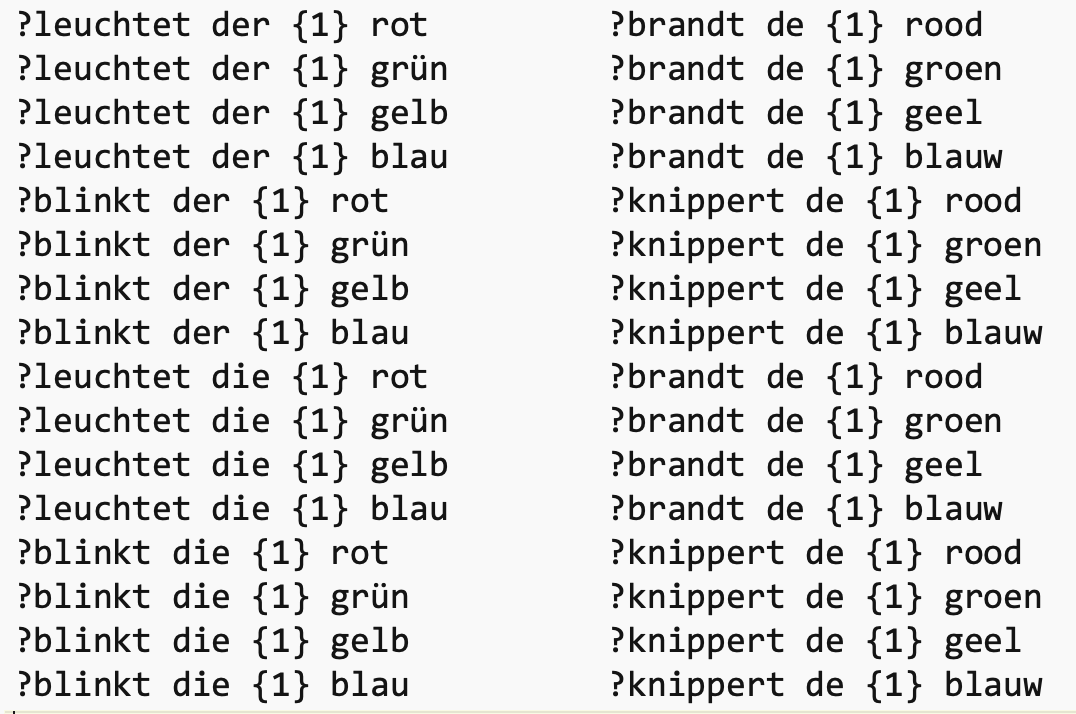 Of course I could write:

But I'm afraid that this much of vagueness will be counterproductive in the end.

So perhaps it's possible to come up with something like:

How about using the wildcard character * to catch German articles:

That works indeed as advertised. Thank you!

You have to be careful:

the 'der' in 'wieder' will prevent recognition of 'ist wieder betriebsbereit':

Is there a way to prevent this?

IMPORTANT: If you want to define Term Patterns that contain a comma, like:

you'll have to remove the comma from the Do Not Match box (Edit > Prefs > Memory tab).

At this moment I cannot predict what the consequences of this removal will be ;).

One consequence is that when your TP ends with a comma, it won't be recognised.

Luckily, this can be solved by adding the comma here:

I think that with CafeTran Espresso 10.8.1 you've got what you were asking for:

> I think that with CafeTran Espresso 10.8.1 you've got what you were asking for: