said over 4 years ago
Or, please add a note to the first build of an update: like "This is a beta version. An official update will be released after further study and adjustment based on user feedback."

This is safer for both of us.

We are all beta testers. And when I suggest to leave the downloadable complete CT version alone for a year or so, I don't get a single response, not even a negative one.

There clearly have to be two paths in future: one stable release and one that sometimes doesn't do what it promises. This way no one should get disappointed.

said over 4 years ago
I completely agree with you.

Stable version: Not changed for a certain period of time, but is supported with bug fixes.

Beta version: A version that is experimental, adventurous, innovative, and can be controversial. A version for users who are willing to give it a try and give feedback for refinement.

Well, I usually need an hour or two to fix a serious problem. Waiting the whole year with the release is the eternity. :)

Seriously though, I think I made it clear (perhaps not clear enough) the harbinger release is a preview of the new 2016 version. It is really exciting to add the multilingual support for the glossaries. After our discussions/feedback on the forum today, we have two functional alternative displays for the glossary and a nice and useful feature I have been occasionally asked for by the users who translate in more than two languages. All good things, after all. Searching and replacing in the glossaries on the selected language or the property is useful too. These are NOT some highly advanced new features for power users unless you call multilingual translators so, are they?

Something like this? Perhaps I should consider to offer a second TL in order to be able to enjoy this nice feature ... 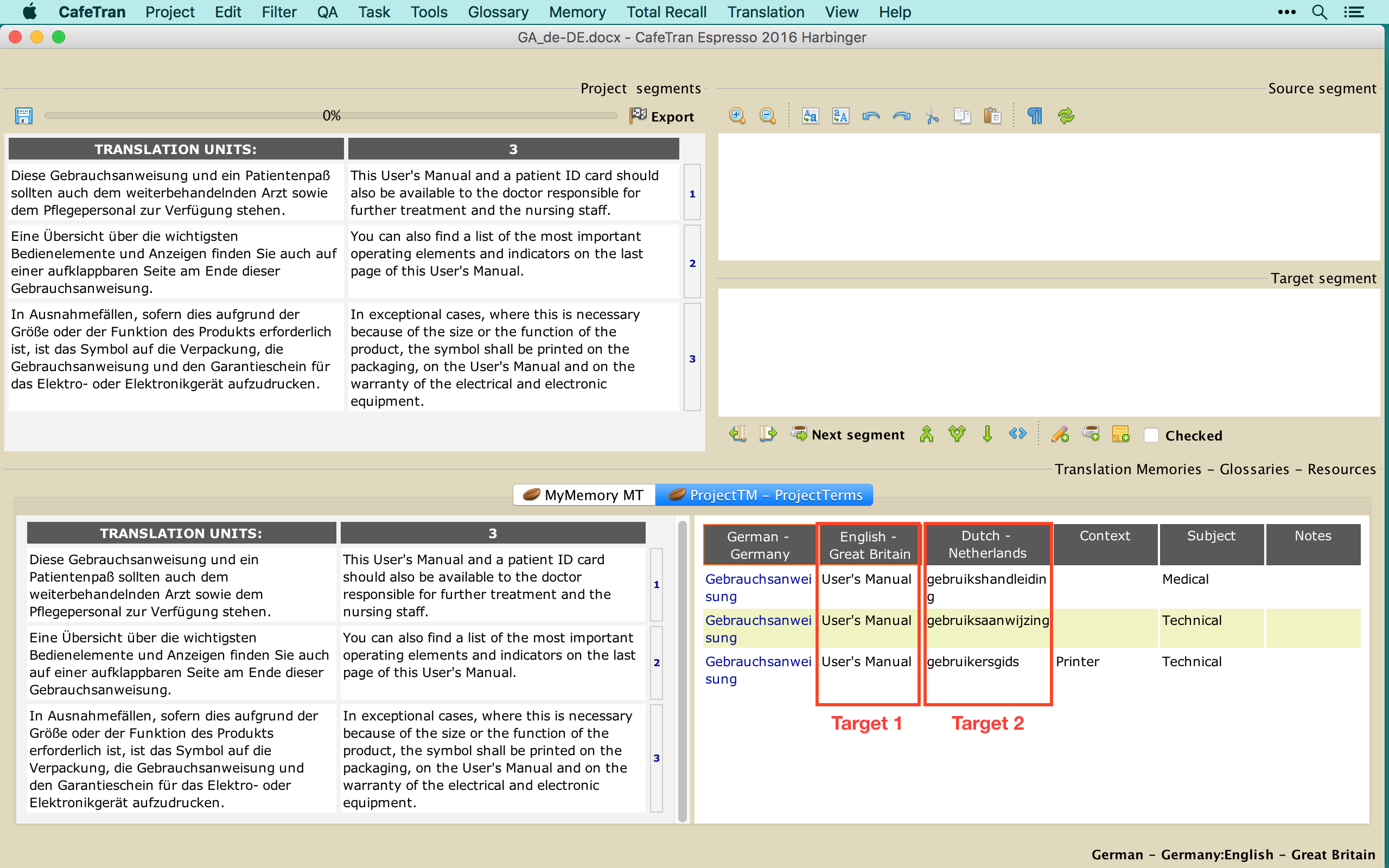 Igor, I'll be using DE and NL only, two columns. I hope that my precious optimisation tasks are still useable:

IK: Waiting the whole year with the release is the eternity. :)

That's not what I proposed. I know you're unstoppable, so you can release everything you want all of the time, and more often.

I only want the downloadable version to stay unchanged for a certain (long) period, so all newbies use the same version. That would make it much easier to answer questions, people who write about CT can do so based on that one version, and will have time "update" older entries.

The so-called but non-existing experts can continue using the latest and greatest , and newbies - when they feel up to it - can also switch to it.

IK: I have been occasionally asked for by the users who translate in more than two languages.

I wonder how many CT users translate into more than one language.

In order of frequency, I think translators translate into

Point 4 is the only relevant one here.
I also wonder how many of those translators who translate into more than one language can be taken seriously. And yes, there are exceptions.
And TMX files can already handle more than two languages...
In short, again I wonder how much time has been wasted on bl00dy glossaries. How much time has been "wasted" on templates?
H.
Login to post a comment
More topics in CafeTran Features, Questions, Requests
See all 1682 topics