Now that the segment pattern feature is implemented, it would be useful to have an "add and clone" button on the New Fragment pane (in addition to "placeholder" and "undo selection" buttons).

When this button is clicked, the typed-in fragment would be added to the memory (as it is now), but this pane would not be closed.

This feature would save a lot of time when the user wants to add every thinkable variation of the initial segment pattern, one after another.

{1} must be reported by tomorrow.

{1} will be reported by tomorrow.

{1} shall be reported by tomorrow.

Also, the user may want to add a little bit longer ones:

{1} must be reported by tomorrow unless otherwise instructed.

{1} must be reported by tomorrow unless otherwise instructed by {2}.

This simple button would let the user's imagination flow freely, and of course allow the user to add a number of similar segment patterns very quickly and efficiently in a series.

With coverage increasing, the user would be more likely to see segment pattern matches.

Yes! I like that. I am thinking along the same lines.

I think that CafeTran's power is in facilitating the real work. The translating. CafeTran must convince through its many useful features. Via keyboard shortcuts and buttons for repetitive tasks. Like cloning.

I was just thinking that I should request some case conversion features, before I read your posting. I'm currently handling them via macros, but macros are just work-arounds, that don't always work, around.

said over 4 years ago
Hi Hans,

I perfectly agree with you.

I feel that "translating" is like assembling a jigsaw puzzle. You have many (maybe millions of) pieces on hand, whether useful or not, and in your head, there is already a whole picture.

Then, what a CAT tool can do for the translator? That's another puzzle.

Now, CafeTran can remember a segment-level whole picture as a segment pattern. But, every professional translator knows that there is always more than one whole picture possible, that alternatives are constantly coming up on mind, that different customers want different colors.

So, cloning. That's what translators would want.

Because the translator's "real work" is, I believe, to assemble pieces of information available, whether latent in the head or displayed on the screen, into a whole that satisfies the customer (hopefully who pays a good sum!).

Cloning a fragment as many times as the user wants (maybe spending a whole day off !?) could really facilitate the real work, with the unconscious-breathing-like simplicity of clicking a button.

>it would be useful to have an "add and clone" button on the New Fragment pane (in addition to "placeholder" and "undo selection" buttons).

BTW: If you want to add series of entries to your glossary, you can open it with the right mouse button and edit it in your external text editor. Sometimes I even use Excel to create many similar entries that contain consecutive numbers, in cases where I cannot use regular expressions.

said over 4 years ago
Whichever would do for me.

But, at least for newbies, a dedicated button would be more helpful, because it would be conspicuously present on the pane.

How about an expand button, to show the extra buttons? The expansion should be remembered. Transit uses something like this for its Find and Replace dialogue box: 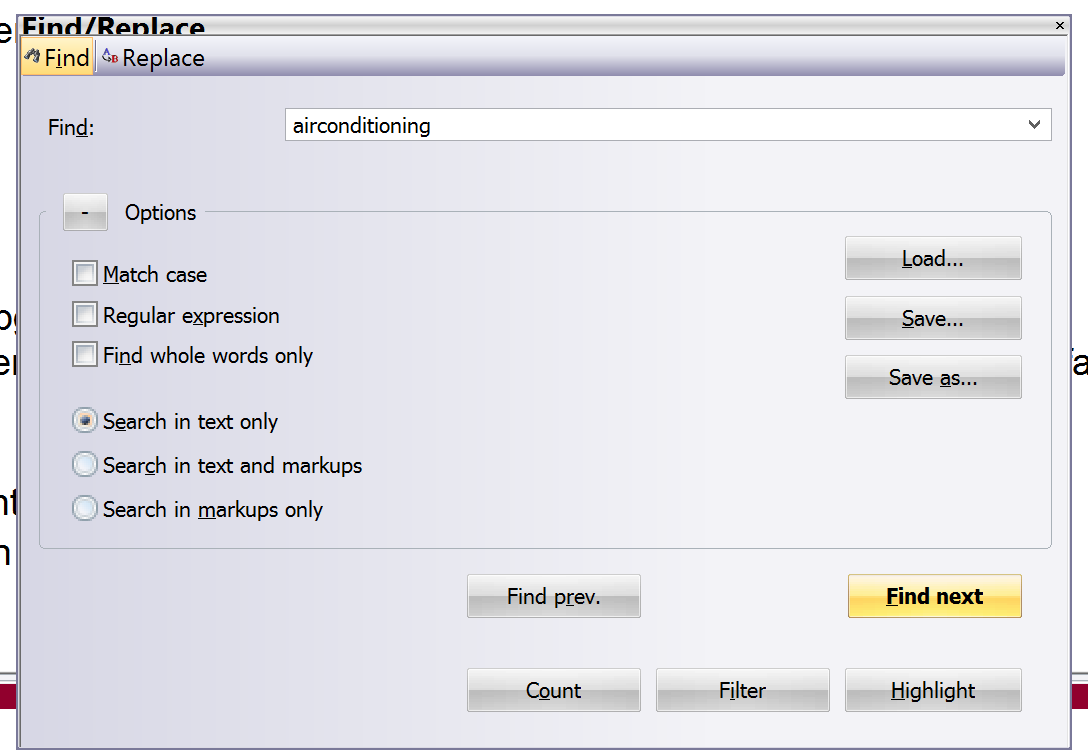 It doesn't distract newbies with too many button, and it helps oldies.

said over 4 years ago
Nice idea.

And you may also want to include "case adjustment" button in Options, like the one found in the context menu.

said over 4 years ago
On a second thought, for the time being (until any form of cloning device is implemented), it would be better to add all segment patterns to a certain text glossary. You can make clones, modifications, variations, and more, very easily with a text editor.

Segment pattern matches are, by definition, only 100% matches, so it would not be necessary to create a TMX file for them.

You are aware of some rudimentary cloning feature that is already available? 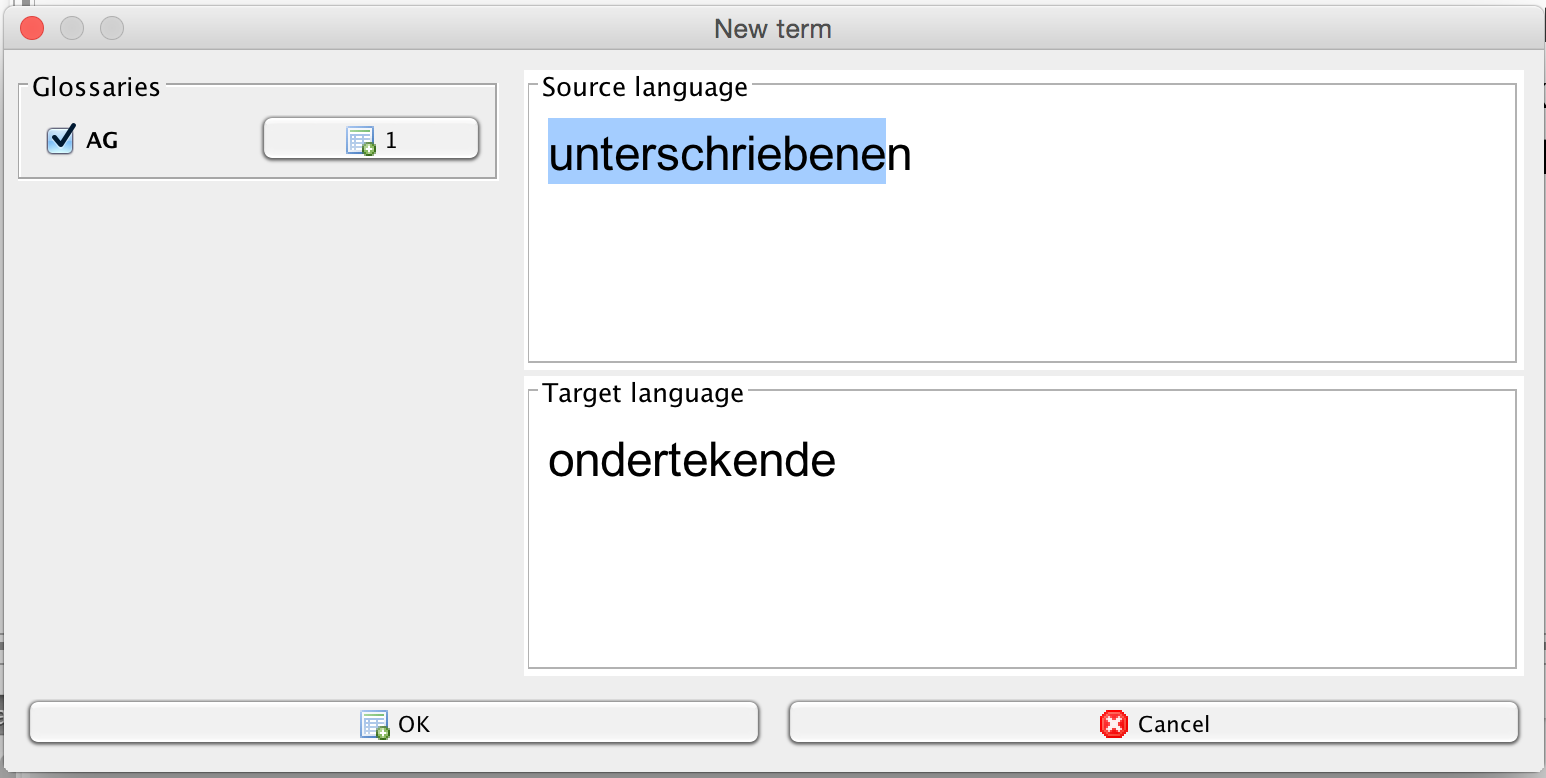 I have some cloning macros (Keyboard Maestro) too (that I'm willing to share with Christmas).

What also would be very nice: cloning of already existing (where 'already' is superfluous here) entries via the Quick term editor.

For instance now I'd like to add the plural too:

I have to do this via the external editor, making the necessary modifications and pressing Shift+Control+Return would be > (greater).